Aeroseal vs. Crumbling Duct Board. And the winner is…

Aeroseal vs. Crumbling Duct Board. And the winner is…

It was a floor-to-ceiling renovation of a Tucson-area middle school. Limited budget, tight schedule…the usual pressure to get the job done.

And as usual, something had to happen to make a straightforward project impossible. When contractors removed the old ceiling tiles they found duct board ductwork so deteriorated that they couldn’t even test the system for leakage. The estimated $200,000 it would have cost to replace the ductwork (34 individual units) was well beyond the budget and would have taken well beyond the time the school was scheduled to open.

In comes GreenSeal, a division of Excel Mechanical.

The duct board was in such bad shape that the GreenSeal team began by piecing it all back together with tape and mastic. Now that testing was possible, engineers found there was still 49,000 CFM of leakage.

It took GreenSeal less than two weeks to aeroseal all 34 duct systems – both supply and return. The final results showed total leakage with the aerosealed ductwork below 5%. The cost for aerosealing was a fraction of the estimate for replacing. GreenSeal worked alongside dozens of other contractors to get the entire job done in time for the scheduled school opning. 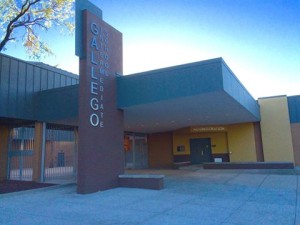